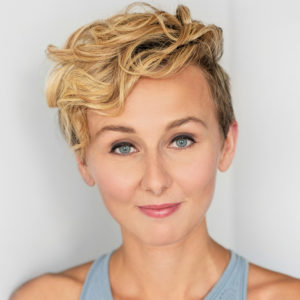 Charlotte Knight is a Canadian actor and musical theatre performer who recently starred in the iconic role of Elsa in Frozen, The Musical with Disney Cruise Line.

Raised in downtown Toronto, Canada, Charlotte began studying voice at the age of 8 and went on to complete her Bachelor of Music in Classical Voice at The University of Western Ontario. After working professionally in opera for several years – and never quite fitting in – Charlotte relocated to London, England to pursue a post-graduate diploma in Musical Theater at The Associated Studios – and she’s never looked back!

Pre-COVID, Charlotte split her time between Toronto and London, making her UK debut as Cinderella in Into The Woods at The Chelsea Theatre, immediately followed by the title role in the UK premiere of Strauss’ The Queen’s Lace Handkerchief with Opera Della Luna at Wilton’s Music Hall. She won 1st Place in the Stephen Sondheim Competition at The Associated Studios and appeared with Singers Achoired as a featured soloist and vocal captain in the UK premiere and promo tour for “Good Omens” on Amazon Prime.

In Canada, Charlotte debuted with the Niagara Symphony Orchestra as the featured soloist in Dream of Christmas…Rêve de Noël, followed by the role of Rosalia in West Side Story with both the Niagara Symphony Orchestra and the Windsor Symphony Orchestra. She was a semi-finalist in the 2017 Lotte Lenya Competition in New York, USA and advanced to the semi-final round of the Classical Singer Musical Theatre Competition in Chicago, USA. Charlotte has toured with To Be Determined Theatre Co. in a musical adaptation of Alexander and the Terrible, Horrible, No Good, Very Bad Day, and performed the roles of Josephine in HMS Pinafore, Cecily Cardew in Earnest, The Importance of Being and Hanna in Cousin from Nowhere with Toronto Operetta Theatre.

Charlotte is very excited to embark on this new and exciting journey with the cast and creative team for the Canadian premiere of C-O-N-T-A-C-T in her hometown! 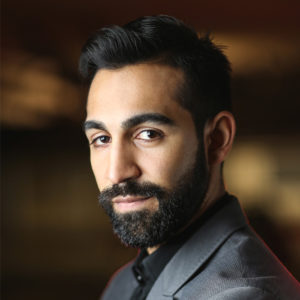 Nadeem Phillip attended Ryerson Theatre School, where he was trained by Ian Watson of the Stratford Conservatory, and Dr. Cynthia Ashperger of the Michael Chekhov Association. His career spans a decade in Theatre, Film, and Television.

Noteworthy credits include the world premiere of the smash hit Beatles musical adaptation of Shakespeare’s As You Like It, and the national tour of the award-winning Canadian musical Onegin. Nadeem is directing his focus towards culturally relevant work, striving to add non-colonial content to the Canadian theatre milieu. Nadeem currently resides and performs on land rightfully belonging to the Haudenosaunee, Huron-Wendat, and Anishnaabe. It’s an honor to perform this show, with this company, at this time. 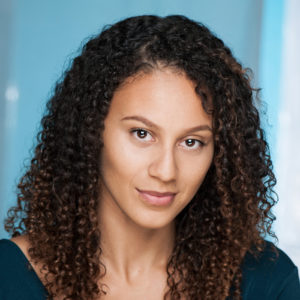 Originally from The Bahamas, Autumn-Joy is a Toronto-based singer, dancer and actor. She studied Theatre Performance at Holland College, and has since worked professionally across the U.S. and Canada in theatre and numerous national commercials. Autumn-Joy is thrilled to be part of such a ground-breaking and innovative theatre experience and is grateful to the creative team for this incredible opportunity. 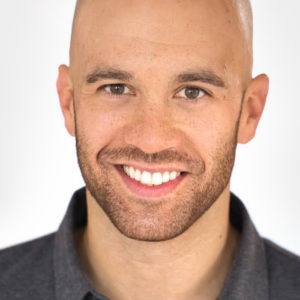 Originally, from Vermilion Alberta, Robbie’s career has taken him around the world. Although currently located in Stratford, Ontario, Robbie retains a sense of prairie pride and is privileged to live and work on the traditional territory of the Anishnabek, Haudenosaunee (Iroquois), Ojibway/Chippewa peoples of Canada. From the Bunka Kaikan Concert Hall in Tokyo, to the Savoy Theatre in London, to College Square in Downtown Toronto, Robbie is thankful for the varied stages he has been able to perform on, and the incredible stories he's been able to tell.

Robbie’s formal training includes a Masters in Performance from the Royal Conservatoire of Scotland and also a degree from Grant MacEwan University Theatre Arts program in Edmonton, AB. Robbie has given back to formal theatre training as a contract sessional tutor at the University of Saskatchewan Drama Department. In addition to attending multiple workshops on classic text, stage combat, and clowning, Robbie is an experienced cabaret artist. Some shows include WELCOME TO THE PARTY (Fringe Festival, Edmonton); ECLECTICISM (La Cite Francophone, Edmonton); CALL ME! (The Arches, Glasgow); WEST END SUNDAY (The Lucky Pig, London).